Playwright, Lauren Gunderson, currently the most popular playwright in the U.S., was quoted in The Guardian, saying, “I think it’ll be hard to write this moment until this moment is a little more processed.  I think we’ll have great Trump era plays in about 10 years.”  I understand her thinking.  She may be right but all I could think was:  In ten years we may be ten years too late.

In the Preface to Hate Unleashed: America’s Cataclysmic Change, Edward Dunbar, author and professor of psychology at UCLA whose specialty is hate, says, “I had been running out this line in the first few days after November 8, 2016, when Donald Trump became the president-elect of the United States: ‘Be close to those you are close to, and become active in some cause you care deeply about.’ To the writers, film professionals, and artists, I knew, I said, ‘Consider how your art can engage the problems you are seeing.’”  I take Professor Dunbar to mean: Here’s what you can and should do now.

Not being Lauren Gunderson or anyone even remotely popular, what can I do?    The larger problem, which is becoming uncomfortably clear, is what can’t I do.  I can’t focus on my work after reading the morning news and I can’t not read the news, just in case.  I can’t vacuum more or cook bigger or meditate longer or take the dogs for another 10 mile jog.   And I can’t carry on as if Trump and his cronies aren’t:

1) scaring the socks off me and 2) angering me to the point of…  DOING SOMETHING! 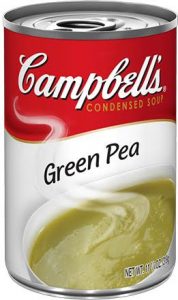 -I’m writing an open letter to my congressional representative, Republican Erik Paulsen, which we’ll post here and on Facebook.  I’ve written to him in days gone past.  His responses – when he responds – are usually as meaty as canned cream soup, which is only to be expected, I suppose. I’ll keep the letter open and add to it as I need release from my anger and frustration, but, I promise, I’ll not to waste his time and certainly not yours.

-I’ve volunteered to work for Dean Phillips, who is challenging Paulsen in this coming election.  I’ll stuff envelopes, make phone calls, drive people to the polls, anything, but at least SOMETHING.

-I’ll repost the more interesting tidbits I discover as I, instead of doing my work, pour over the news.  After which, hopefully, I’ll get to work.  No!  Not hopefully.

-I’ll get to work, Goddamnit.  My current play is, after all, timely, naturally, as my brain has been co-opted. The story revolves about Nelly Sachs, German-Jewish Poet, Nobel Laureate for 1966, and will be an effort to remind people this world over what horrors are at stake when we give in to hate, ignorance, self-pity, greed, and any other vile human characteristic represented by this presidency. I can’t seem to write anything that doesn’t make reference to the nationalist fire storm licking at our bare behinds, so I won’t fight it.  Neither will I wait to digest the manifold injustices occurring now.  They need to be addressed now.

The Third Reich lasted barely over twelve years.  In that time, 6 million Jews were murdered, 2-3 million Soviet POWs were murdered, 90,000 to 220,000 Roma were murdered, 150,000 infirm or disabled people were murdered.   Sadly, no one knows how many gay men, African/ Germans, believers of certain religions, or members of any resistance organizations were murdered.  Or how many Communists, Socialists, or Trade Unionists were murdered.  Shall we count in the number of dead due to combat, both military and civilian?

We’ve no time to waste.  What did Trump tweet that one time?  Oh, right, I remember. It went something like: yadda, yadda, yadda… evil politics… fighting back…  DO SOMETHING!